However, if you want to learn about in-depth explanations of the CR123A batteries, you arrive at the right place.

Perhaps, you have any questions in mind about CR123 vs CR123A. Our article is written by including all informed answers along with a lot of information about CR123A batteries.

Definition of CR123 Vs. CR123A Batteries 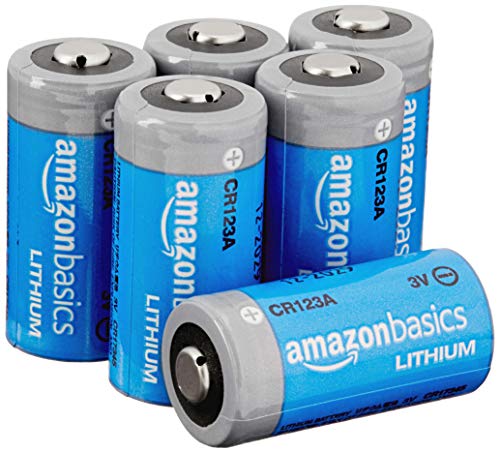 According to the CR123A battery models & chemistry, they have several voltages, nominal capacity, and drain current. The following specifications can provide you with an exact idea.

So, the non-rechargeable battery nominal voltage is 3.0 volts and has a typical capacity of 1500 mAh. From 7 to 10 years is the shelf life range. Due to its high drain current, it is an excellent choice for high-power devices and standby mechanisms like security devices.

There are many differences between CR123A and RCR123A batteries. The major differences are their output voltage, capacity, charging or discharging cycles, and more. Here is a comparison table to focus on details.

Another thing, you know, the running time depends on the milliamp-hour (mAh)ratings of any individual battery. Maximum CR123A batteries are measured for probably 1000 mAh. On the other hand, 18650 rechargeable rates vary whether 2600 mAh or 3400 mAh.

The large mAh indicates the more energy of the battery and longer run times. The 18650 battery features 3.7 volts that are higher than the CR123A rechargeable and non-rechargeable batteries.

Luckily, some renowned devices are formed using either one 18650 battery or two CR123A batteries. So, the calculation is very simple.

Although there is a 3 to 4 mm difference

Another difference is CR123 batteries are typically more reasonable than rechargeable 18650 batteries. But, don’t skip, the two CR123A equals one 18650 rechargeable.

What is a CR-P2 Battery?

CR-P2 battery indicates two batteries that are correspondent to CR123A battery. The physical dimensions of the CR-P2 battery are 36 mm ×35 mm ×19.5 mm. Here, height is 36mm, length 35 mm, and width is 19.5 mm.  The nominal voltage and nominal capacities are 6 volts and 1500 mAh. They are suitable for use in multiple high-drain devices.

Yes, you can use CR123 instead of CR123A. But before buying, you should check the features and specifications.

Why are CR123 Batteries Expensive?

CR123 or CR123A batteries are a little expensive because of their more power and long-lasting life from 7 to 10 years.

What are CR123 Batteries Used for?

Ultimately, CR123 & CR123A batteries are similar to each other. No major discrepancy between the two batteries. But, the maximum number of brands use the CR123A label instead of the 123 or CR123. Hopefully, you understand this versus and have received tons of knowledge about the CR123A battery.